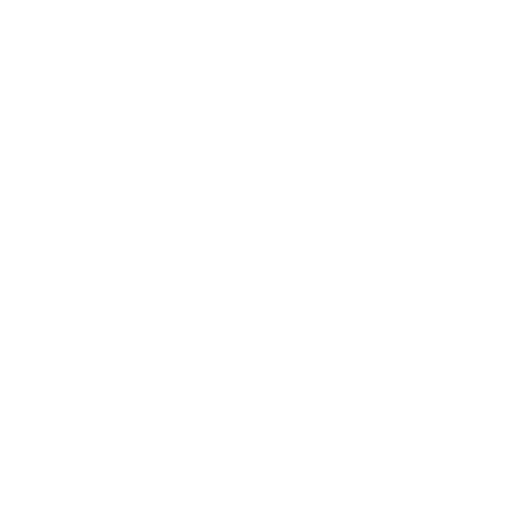 The Beginnings of Body Image

Negative body image is a rampant problem that affects people throughout their lifetimes. Children as young as 8 years of age describe having negative thoughts about their bodies.  Research has also shown that body image dissatisfaction tends to remain stable throughout the lifetime unless it is addressed directly.

Adolescents who struggle with body dissatisfaction are more likely to engage in unhealthy weight control behaviors.  They also experience greater gains in weight over time and struggle with negative self-esteem and depression. Studies have shown that a significant proportion of the general American population experiences body image dissatisfaction.  Those numbers increase if we look at specific populations, such as people with higher body mass index (BMI), those who have experienced trauma, people in performance groups including sports, those with chronic/severe medical conditions, and gay males, to name a few.

What is Body Image?

Before going further, it is important to define body image.   What does it mean to have negative body image or body image dissatisfaction? Body image refers to a person’s evaluation of their own body. Specifically, research defines body image as how a person thinks, feels, and acts in response to their body weight and shape.

Many individuals make the mistake of believing that in order for them to become satisfied with their bodies, their body needs to change in some way. However, this is not the case. For example, I have worked with countless individuals who have lost weight but still felt negatively about their bodies.

Many times, I have also heard people say something that goes like this: “I have always hated my body. I remember being a teenager and thinking I was so fat. But looking back at pictures, I realize I was really not that much bigger than my friends. If I could go back to that size now, I’d be happy.”

In these examples, regardless of a person’s size, they still felt badly about their bodies. Simply losing weight does not change the fact that a person thinks they need to be thinner to be “better.”

The Development of One’s Own Body Image

We know that an individual’s body image is shaped by several factors. These factors include family, peers, experiences across the lifespan, cultural ideals, and media messages.

Many of us can identify comments that family and friends have made about our bodies throughout our lifetimes that still stick with us today.  Additionally, watching the way that role models and other people in our lives interact with their bodies teaches children how to feel about their own bodies. For example, hearing a parent complain about their weight while growing up may have shaped negative thoughts and feelings about your own weight.

In America, the majority of the messages seen in mainstream media tend to be of young, white, thin, feminine women and tall, muscular, masculine men. While the dominant media tends to idealize thinness, there seems to be a recent trend toward an ideal of “fit”ness, where there is more emphasis on muscle definition in both men and women. This ideal, of course, is overly focused on appearance and is not an actual measurement of true fitness. Just because you can see the outline of someone’s bicep does not mean they can lift heavier weights that someone whose bicep is less defined.

Complicating all of this is the very common misconception that we can tell a person’s overall health simply by looking at the number on the scale or how a person appears in size and shape, as well as the current “war on obesity.” I could honestly write an entire article debunking this myth – but thankfully I do not need to, as several researchers have written entire books on the matter. For example, Linda Bacon, PhD has written a book called “Health at Every Size: The Surprising Truth about Your Weight” that I strongly recommend to all who buy into the false idea that weight equals health.

How Do We Improve Body Image?

So, what do you do if you struggle with negative body image?  There are several ways to begin to shift to more positive or neutral body image.

A good place to start is by reducing the amount of emphasis and importance you place on appearance. There is so much more to life than how you look or what the number on the scale says! If you are spending a lot of time checking your reflection, weighing yourself, trying clothes on and off, or body checking (measuring, pinching, poking, prodding parts of your body), be intentional about reducing these behaviors.

Also, our words matter; our thoughts and statements impact not just those around us, but also ourselves. Make an effort to talk less about your body and your appearance.  If you are going to say something about your body, focus on its function rather than how it looks. For example, rather than saying “my thighs are so fat,” try saying something like “my legs allow me to walk.”

Many folks often struggle with body comparisons. However, comparing my body to someone else’s is like comparing apples to oranges. We all have our own unique set of DNA which informs our biology and our own unique set of experiences which impacts our body appearance and function. The idea that my body should look just like someone else’s is silly when you take into account all of the differences between us.

Body comparison becomes even more irrational when comparing my body to a picture in an ad or on social media.  Images where the photo is airbrushed, filtered, or otherwise altered to give the illusion of perfection. I will often encourage people to reduce their social media usage and be very choosey about the kinds of pages and people they follow. Because it is nearly impossible to avoid all forms of advertising and media, it is important to learn how to use a critical eye when absorbing messages; remind yourself about Photoshop, make-up, lighting, and camera angles when looking at pictures or advertisements.

Kids are Watching and Listening

The first place to start is by making every effort to interact with your own body in a neutral and accepting manner. Kids see through our efforts to tell them that their bodies are perfect when we degrade our own bodies at every opportunity.  I have worked with several adolescents who have said something like: “My parents always told me I was beautiful, but they talked about how much they hated their own bodies. So I knew that if I gained weight, they would hate me, too.”

It’s even more impactful to avoid talking about bodies, including your children’s bodies, in general.  Whether the comments are positive or negative, the focus is placed on appearance.  This gives kids the impression that this is what is most important.

Instead of complimenting or expressing concern about your children’s bodies, focus on their achievements or character. Or, if you feel strongly that you want to give your child a compliment on their appearance, keep it general.   Say something like “You look so happy!” or “You are glowing!”

Last, becoming informed about Health at Every Size is important.  Promoting health behaviors that focus on sustainable, life-long, positive self-care rather than weight and appearance will help make your children resilient to the myriad of negative and distorted messages they may receive from peers, school, and media.

We live in a world where we are constantly being marketed to.  The diet and “health” industry is a multi-billion dollar industry. This means we are almost constantly bombarded by messages that our bodies are not good enough.  Then, we are more likely to purchase a variety of products and programs to change our bodies. The more we hear these messages, the more we begin to believe they are true and treat them as facts, and our mental health suffers. Dispelling negative body image and promoting positive body image will not only help you feel more positive about yourself, but will also help your children to avoid negative outcomes associated with negative body image. If you struggle with negative body image, do not be afraid to look for help.

There are several excellent self-help books and workbooks aimed at helping people change the way they think about their bodies. If you try these self help books, but continue to struggle, please seek help.  I strongly recommend reaching out to a psychotherapist trained in the treatment of negative body image and/or eating disorders.

For more information and resources, check these out:

Health at Every Size: The Surprising Truth about Your Weight by Linda Bacon, PhD

Living with Your Body and Other Things You Hate: How to Let Go of Your Struggle with Body Image Using Acceptance and Commitment Therapy by Emily Sandoz, PhD and Troy DuFrene

The Body Image Workbook: An Eight Step Program for Learning to Like Your Looks by Thomas Cash, PhD 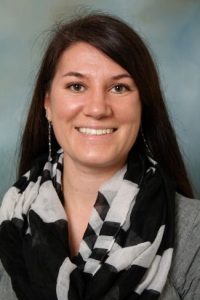 Amanda Delsman is a Licensed Psychologist at Park Nicollet Melrose Center, a multi-disciplinary eating disorder treatment center in the Twin Cities, MN area. Amanda earned her Bachelor of Arts degree in Psychology at the University of Wisconsin, Madison and her Doctor of Psychology degree at the Minnesota School for Professional Psychology/Argosy University. She has worked in the field of eating disorders for over a decade, and also has specialized training in treating posttraumatic stress disorder, substance use disorders, and athletes. In addition to her direct work with patients, she provides supervision for students seeking graduate degrees in Psychology. She and a team of colleagues at Melrose Center have also developed and implemented a standardized suicide risk assessment tool in the organization.